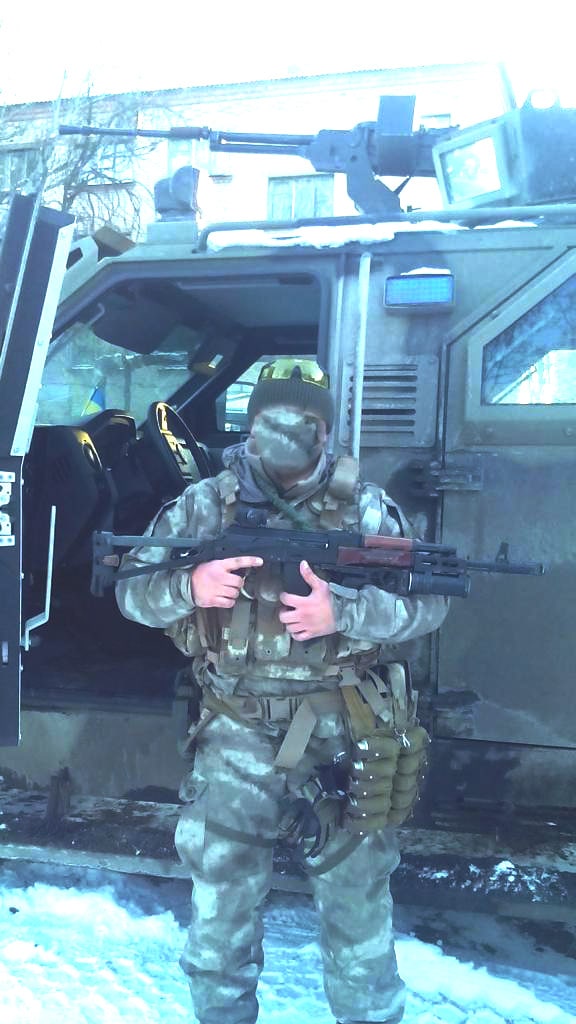 My name is Ruslan. I am a former professional soldier, who participated in the military actions taking place in Ukraine from 2014 until 2018. In 2018 I was discharged into the reserve in the rank of Lieutenant colonel.

At the outset of the full-scale invasion of Ukraine by the russian federation on 24th February 2022, I arrived at the service with the Omega-Shid unit being a part of which I was defending Kharkiv.

On 19th June, while on a military mission in Staryi Saltiv settlement, I got under the enemy fire. A 120 caliber mine landed, I got wounded: had a shell shock, got face and ear torn wounds, and the joint of my left arm was torn away.

My friends took me away from the military actions area to Kutuzivka settlement, provided first aid and I was urgently evacuated to the hospital of the armed forces of Ukraine in Kharkiv. I underwent several emergency operations and was transferred to a hospital in Poltava. There I stayed for 10 days and was transferred to Lviv for further treatment.

In the Lviv hospital of the armed forces of Ukraine I was operated on several more times, and afterwards – was sent for treatment to Belgium. Here they continued treatment of my arm, but didn’t replace a joint, as currently this is impossible. The doctors restored the remaining bones and sewed the wounds.

I will have several more operations related to other injuries. After that, I am preparing for endoprosthesis of the elbow joint. 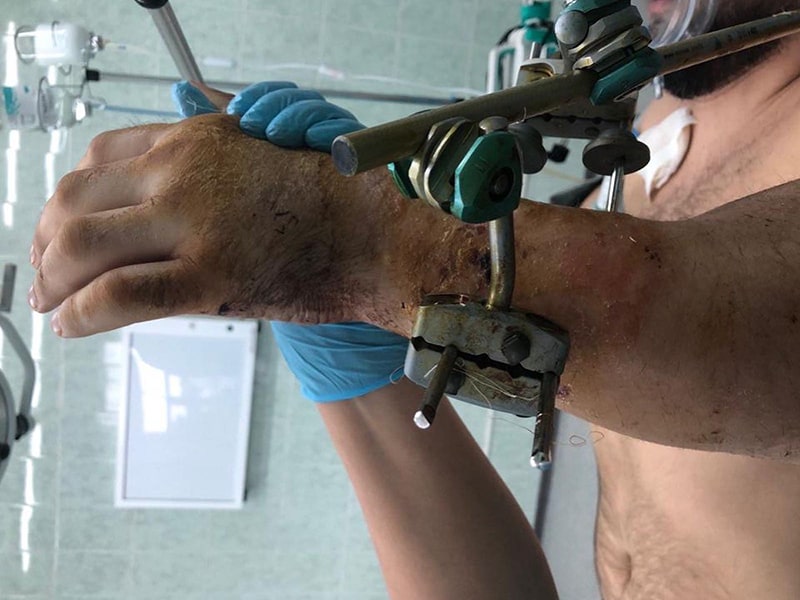 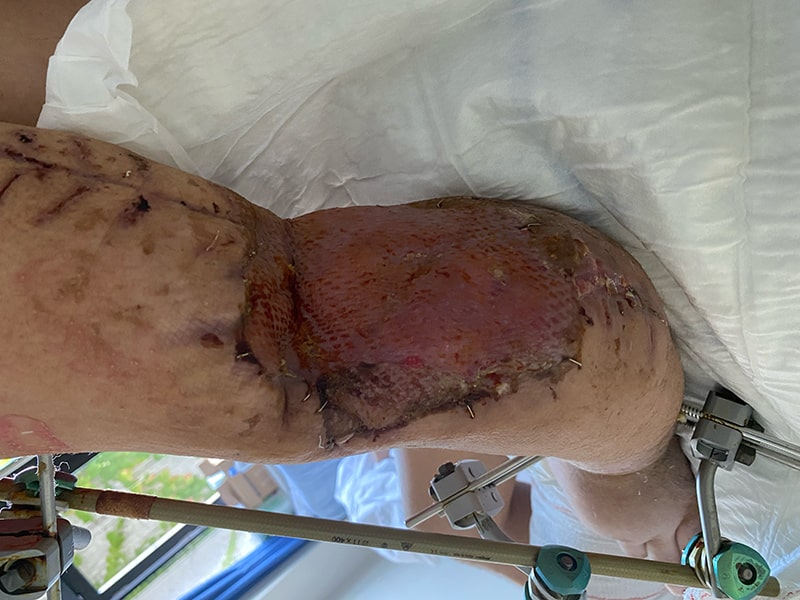 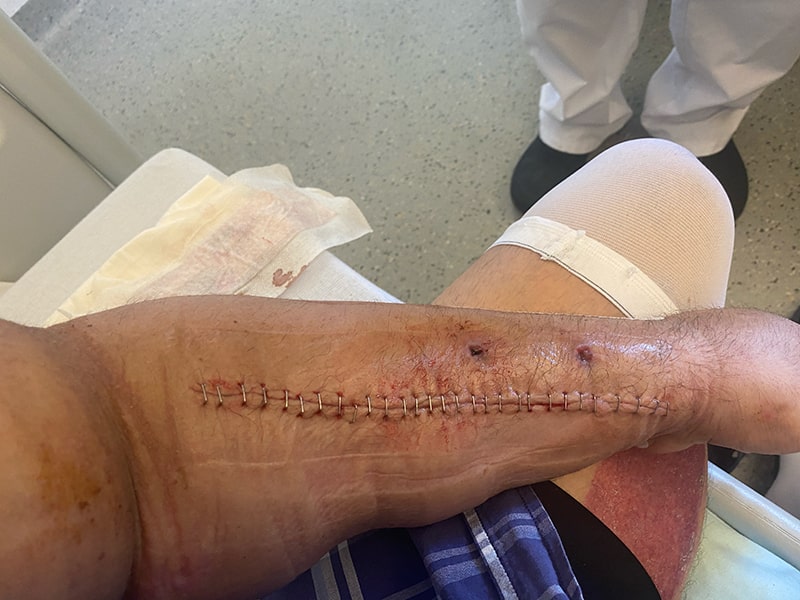